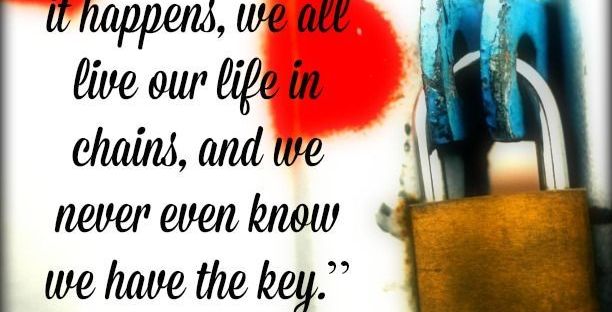 The cohort gathered to the side, waiting for their turn to receive their diploma and thrilled to be in this moment together.  There was safety in this group, they each had grown leaps and bounds. Hearts were filled with adoration for each other, while tummies fluttered with anticipatory butterflies.  There was an aura of disbelief that they had actually made it through grad school and to this point.

Her name was called.  Feeling strong and proud, she went up the steps, handed her name card to one of the faculty and quietly pronounced her last name.  The nod came and she moved across the stage; pausing to have her hood placed by a professor that she deeply admired.  The next stop was the university’s President.  Her beaming smile was ready for their photo as they shook hands and looked into the camera.

Among the graduation attendees were members of her precious family.  The first face she saw walking out into the chairs was that of her beautiful mother.  She located both of her treasured children, her big brother and one of her beloved nieces.  She felt incredibly loved! Her heart was bursting with joy and gratitude that she was really here.

This was graduation.  It would go down as one of the best days of her life.  That evening, there was a celebratory dinner, tears, toasts, laughter and love.  So much love. Friends and family surrounding her, filling her cup to the brim and overflowing.  Her heart was bursting with gratitude and joy.  She breathed it all in; still slightly in disbelief that this was real.

She knows herself intimately; yet she senses there is so much more to know.  She is an onion, peeling back a layer at a time.  This higher education is the first dream she has pursued and seen to the finish line; she stepped into this with full faith and trust that it was exactly where she was supposed to be and all the details would fall into place.

She thinks back to an intensive emotional camp that she and her ex-husband took their two teenagers this last summer, in hopes of bringing healing to the wounds they had caused each other.  During that camp; there was an indoor ropes course.  She was paired with her beautiful 14 year old daughter, a reflection of her soul.  Here is what happened, as told by, ‘her’.

“I asked the person assisting us with the ropes course to please check that I was tightly fastened in, several times.” “They assured me of my safety, reminding me that the ladder could move anywhere and give me an out anytime I needed it.”  “I heard ‘C’mon Mom, you’ve got this, you can do this.’ Stella had already crossed the four wide swinging logs and made it to the next platform.  I looked at her sweet face and thought to myself, “I cannot disappoint her, again.”

“I held so tightly to the ropes that my fingertips could’ve become engrained in them.” ‘One…two…three…four steps and I made it.”  Stella was right there telling me what a good job I did.  I watched her cross onto the next platform by crawling through two swinging tunnels.  It looked easy enough.

Pfft.  Stella’s 14 year old lithe self is alot smaller than my 47 year old cushy self. ” In order to cross from one tunnel into the next, I had to squat inside the first one, step onto a square platform in a squat and drop into the next tunnel.”  “This is when my anxiety really started; I could feel my throat clenching as I reminded myself to breathe.  My arms ached from the death grip I had on the ropes.” “Still, always my cheerleader, Stella continued to cheer me on.”  “I stood up on the next platform, legs and arms shaking. ”  I saw the rows of skinny logs that were swinging and began to talk myself into a frenzy.”  “Stella was on the other side and right after this was the zipline, which I desperately wanted to do.”  “I wanted nothing more than to show my daughter that we were in this together, I trusted her, I would do this.”

“My fear gave way and on the next to the last swinging log, I began to sob.  Loud.” “I asked Stella to get a worker to help me.” “She didn’t want to, she told me I was almost there, but I was hearing nothing louder than my fear and doubt.”

“The kind eyed, young girl came to help me.  She assured me she could get the ladder but told me that I only had one step left and I would be safe on the steady platform.” “She held out her hand and I took it and stepped across.”  “I made it!  Disbelief in my success, again.”

“I apologized profusely to Stella.  I felt ashamed of my emotional, loud fear and tears that everyone could see.”  “I don’t know what Stella saw, she hugged me and I hope, even if she was embarrassed, she was proud of me.”

So…okay…”she” is “me”.  This is my own story to own.  Here’s the thing I learned from that ropes course.  It was an exact mirror to my life.  There are numerous things that have been important to me.  I get right on the edge of success and I quit.  I stop.  I freeze.  Why?  Maybe because I don’t know what’s on the other side.  The devil we know is better than the one we don’t know, right?  All too often, I yield to my own fear rather than ask for a little help.  I had no idea that a ropes course would offer me such deep insight to my life.

It’s not about the sentiments and gifts, though I am deeply thankful for them. They are the cherry on top of the sundae. No way, in all of ever, would I have graduated without the constant love, prayers, support, encouragement, and appropriate ass kickings when I needed them.

For so many reasons, I never thought I’d be ‘here’. My brother knows me well. On my card, he wrote, “What’s next? No reason to stop now.” Because it’s what I’ve done so many times…I stop right before I succeed. (see ropes course example)

I realize that the last week I have been a little frozen, a lot sad and slightly discouraged. What is next? I DON’T KNOW! I like to know, you know?

Last night I had a dream. It pinged me so hard that I woke to write it in my journal so I wouldn’t forget it.

The sage and kind therapist my ex-husband and I saw for three years, Missy, was in my dream. I was in her office, telling her of all my woes. Before I left, she told me she had a gift for me.

She reached up on her tippy toes and pulled a small item out from the back of a cabinet. She held her hand out and in it was a key. She asked me what this key represented to me. Odd question, I thought…even for a dream. Yet, I knew. Missy gave me one of her famously warm, reassuring hugs that let me know life would be okay. Better than okay. I thanked her and left her office.

I took a black sharpie, and on the key, I wrote, “OWNERSHIP.” I can’t stop reflecting this morning as I feel joy and pride swelling up inside my heart. This is my life. I must live it and I must live it well.

This journey has just begun. I have the key to open the doors.

I HAVE THE KEY.

P.S. Stella and I rode together to my graduation.

During the drive, in Stella fashion; “I want to tell you something mom but you can’t get all cheezy.

That is more than enough.

Thank you for stopping by. I am not sure what the purpose is in you being here right now but I do believe there are no accidents. I’m sure it’s no coincidence that your web travels and my soul sharing have connected.

I am ecstatic to be writing again…I have stories, thoughts, wisdom, prayers, feelings and even a bit of silliness to share. My journey is my own, yet we all find bits of ourselves in each other and I find writing a fascinating way to share our intertwined selves. I promise to write straight from my heart, because that is the language I speak best.

I welcome feedback, conversational dialogue and your thoughts! Again….thanks for stopping by.